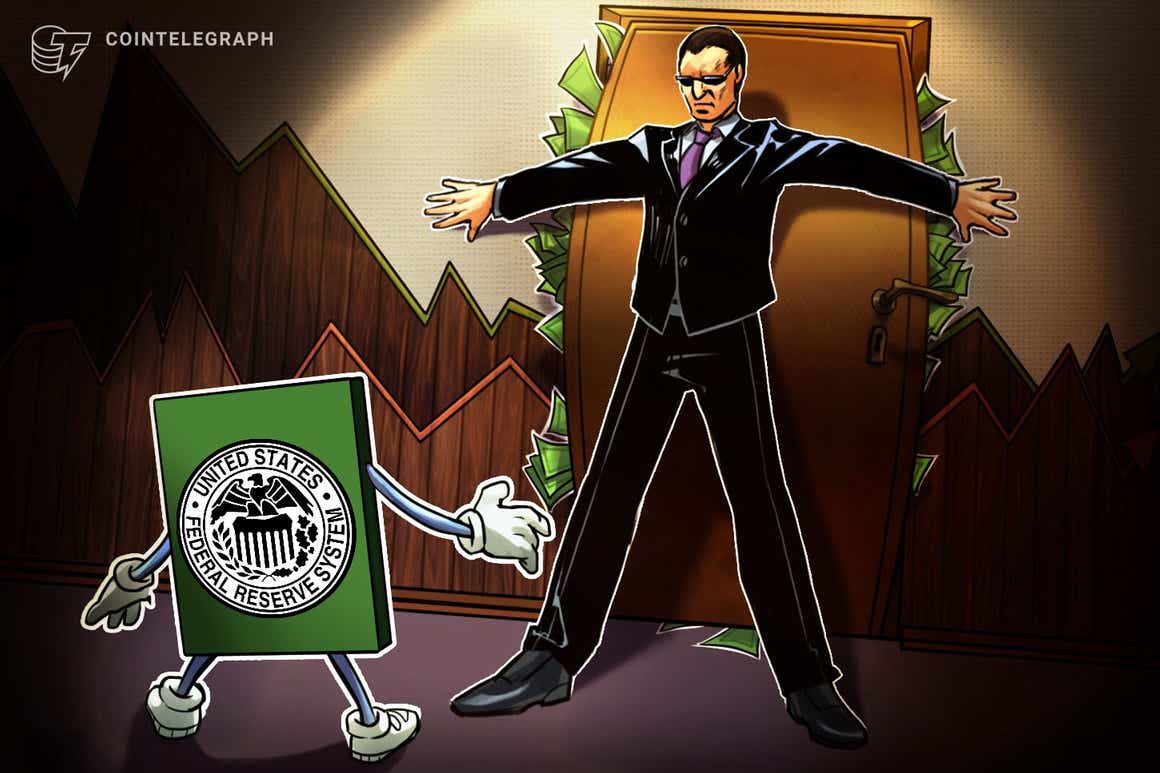 Congress has announced new rules when it comes to trading crypto stock or bonds for officials in office. The new set of rules will require officials to report holdings within a new set of guidelines.

Fed senior officials will soon not be allowed to trade crypto, stocks and bonds

The rules were intended to “support public confidence … by guarding against even the appearance of any conflict of interest.” The Federal Open Market Committee, or FOMC, has approved rules that would ban senior officials at the Federal Reserve from purchasing and holding cryptocurrencies and other investments.

In a Friday announcement, the FOMC said that starting on May 1, senior Federal Reserve officials already working at the agency would have one year to “dispose of all impermissible holdings,” while new officials would have six months to do so. The new rules specify that Fed senior officials, which include Reserve Bank first vice presidents and research directors, FOMC staff officers, the System Open Market Account manager and deputy manager, Board division directors who regularly attend Committee meetings, individuals designated by the Fed chair, and their spouses and children under 18 are:

Under the rules, starting on July 1, the purchasing and selling of securities will be permitted with 45 days’ notice, prior approval and agreement to hold the investment for at least one year. In addition, officials are also prohibited from purchasing and selling during “periods of heightened financial market stress.” Reserve Bank presidents will have 30 days to disclose securities transactions, which will be available to the public “promptly” on their respective Fed websites.

“The Federal Reserve expects that additional staff will become subject to all or parts of these rules after the completion of further review and analysis,” said the announcement.

According to the FOMC, the change in rules — first announced in October 2021 — was intended to “support public confidence in the impartiality and integrity of the Committee’s work by guarding against even the appearance of any conflict of interest.” The Federal Reserve Board will also vote on including the changes in codes of conduct at Reserve Banks.

Many U.S. lawmakers have called for legislation to prohibit members of Congress from owning or trading stocks, citing similar concerns. Under the 2012 Stop Trading on Congressional Knowledge Act or STOCK Act, lawmakers are permitted to buy and trade stocks and other investments while in office but are also bound to disclose such actions or face financial penalties.

« Saitama Team Has Been Announced To Release SaitaRealty Token Exclusively On SaitaMask March 1, 2022.
California Is Now The Next Major City Looking To Adopt Crypto As Lawmaker Introduces Legislation To Accept Crypto As Payment For Govt Services For 2022 »