Is Metahero A Good Metaverse Token To Invest In 2022? 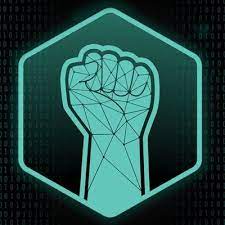 As the crypto industry entered 2022, its focus was split into several different blockchain products, with the leading and most promising of all being the metaverse. The metaverse is a name for a decentralized digital world developed on top of blockchain technology that aims to change the way people communicate, approach entertainment, work, socialize, and more.

It is a product whose full potential we still can’t even begin to grasp. Of course, it is still in its extremely early days, and while there are functioning metaverses out there already, none of them even come close to the real digital world that we will undoubtedly develop in the future. Even so, with each new innovation and breakthrough, we are taking important steps towards that ultimate digital world, which is why every project that can contribute on that path is of vital importance for reaching the final goal.

With that said, today, we want to talk about a project that might be more important than most others dedicated to reaching that ultimate goal. Its name is Metahero (HERO), and its goal is to serve as the gateway into the real metaverse.

What Problems Does Metahero (HERO) Solve?

Metaverse is not just another regular project that developed a new digital world on the blockchain. Instead, it developed a unique technology that has the potential to truly push the development of digital worlds further, possibly more than a single step. To do this, it aims to resolve a number of problems that are still preventing the metaverse from going big and reaching mainstream adoption.

As a blockchain project, metaverse cannot exist without being tied to cryptocurrencies in one way or another. This means that metaverse users must also be crypto users. Metahero recognizes this and it hopes to take crypto adoption to the next level by catalyzing our evolution into the digital universe that metaverse represents. It does this by showing users what can be done with digital currencies, metaverses, and its own technology combined, but more about that in the next segment which is:

Bringing real-life objects into the metaverse

The thing that makes Metahero unique among metaverse projects is that it has developed ultra-realistic 3D technology that allows it to generate 3D avatars and virtual objects that can be introduced into the digital world. The project does it through the process called metascanning, which is realistic scanning and transformation of real-life objects into useful avatars that can continue their existence in the metaverse.

Bridging reality and the digital world

As we have seen, Metahero has unique and highly advanced technology that acts as the key to metaverse adoption. Not only that, but this tech is also the key to bridging reality and the digital world. The idea is revolutionary, to say the least, and it will allow users to bring all kinds of real-world objects to add to their own avatar, business, or more. This can also have excellent use cases when it comes to scanning real-world art and bringing it into the metaverse in a way it was never done before.

With that said, let’s take a look at what are the benefits of Metahero for the users themselves. The project does help users indirectly by helping metaverse adoption grow, but there are other, more direct ways for you to benefit from it.

The first thing that you will likely be quite interested in is the ability to create 3D avatars of objects — or people. Yes, the project can even be used for scanning people and creating their 3D avatars in the metaverse. This has great potential, from casual gaming where your playable character actually wears your own face to things like IDs. And, of course, you could also scan certain items such as art, or anything else that you wish to bring into the digital world-

Next thing to note is that the project intends to use its own tech, as well as the general capabilities of the metaverse, to connect people from all walks of life. Whether you are an artist, an entrepreneur, a game developer, or a gamer, Metahero’s technology can help you reach out and make new friendships and acquaintances within digital worlds, offering you the same opportunities and benefits that everyone else has, and allow you to enjoy advanced technology.

Creating the best gaming experience yet

Finally, Metahero can help enhance blockchain gaming. Blockchain gaming has been around for years, but truly big and impressive projects have only started coming out recently. Even so, they will likely be far from what we were used to in traditional gaming. However, with a few more years of development and projects like Metahero, they can become something far more advanced and immersive than what we got used to in traditional gaming, for all of its decades of development and advancement.

How Does Metahero (HERO) Work?

Metahero is a project that uses ultra-realistic 3D tech to bring people and items from the real world into the metaverse. It offers the process of metascanning, which is a procedure of realistic scanning and transformation of real-life objects into useful avatars in the metaverse. Think of 3D printers, only the procedure is reversed, and instead of printing a digital object into a 3D one, you scan a 3D one and make it digital.

This is a revolutionary idea that can be used to provide a bridge from the real world into the digital one, which is something that was not possible until now, and every item that we wanted to see in the digital world needed to be manually created in advanced development software. Metahero will allow a simple scanning procedure to create such objects much faster, and with a lot less effort.

It features some of the best graphic rendering capabilities in history, and it can help advance the metaverse much faster, and make it a lot better. The project’s goal is to install 12 Metahero 3D chambers around the world, and offer 100,000 people the chance to scan themselves or other items every year. Creating your own 3D avatar for the metaverse will be only the first use case of the project, and it will be interesting to follow its development and see how far it can take the digital world in years to come.

How to Buy Metahero (HERO)

Metahero (HERO) is available on the following exchanges:

Gate.io – This exchange was established in 2013, and is one of the more popular & reputable exchanges. Gate.io currently accepts USA residents (excluding New York & Washington State).

Metahero (HERO) — The Gateway into the Metaverse

Metahero is a revolutionary project that can completely change the way we see ourselves in the digital world, as well as how we use it. It has as much potential to improve the metaverse as metaverse has to improve communication, socializing, gaming, businesses, and other areas of daily life. It might easily be one of the most underrated metaverse projects which is why we believe that it is quite worthy of your attention.

« LEASH Token Price Prediction For 2022
What Kind Of Jobs And Opportunities Will Be Available In The Metaverse by 2030? »